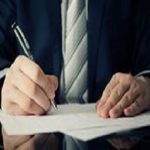 It’s important to consider whom you’d want to get your assets when you die. Most of us have an idea of whom we’d choose. But, it’s also important to consider who should get those assets if your preferred recipient isn’t around. Life is full of odd twists and turns. Unfortunately, sometimes people don’t die in the order you’d expect. (The deaths of Kobe Bryant and his daughter Gianna in a helicopter accident demonstrated this.)

Your estate planning documents, such as your trust and Will should provide a contingent remainder beneficiary who would receive the assets in such an instance. Often, people default to their “heirs at law.” “Heirs” are those people who would take under your state’s laws of intestacy. Every state has a list of those who would take if you died without leaving directions as to how your assets should be divided. While each state is a little different, generally the assets get divided among your spouse and descendants, if any. If you have none, then typically it goes to your family of origin and then more distant relatives. If Emily died and her children were dead leaving no descendants, the assets might go to her family of origin. Let’s say Emily’s nearest blood relative was her third cousin, that may be who would receive.

But you can provide an alternate “contingent remainder” disposition in your estate planning documents. You may also provide a contingent beneficiary on most beneficiary designations. You could provide that if your preferred recipients aren’t there, the assets should go to your best friend, Mary. Or you could provide that the assets go to your favorite charity, like your alma mater. For example, let’s say Emily, Noah, and Abigail volunteered every year helping to build homes for Habitat for Humanity. Maybe Emily believes in its mission and would name that charity as the contingent remainder beneficiary to receive her assets. While Emily wants her assets to go to her children if they are alive, she might prefer the assets go to Habitat for Humanity rather than to her third cousin whom she’s never even met.

You have the opportunity to choose. You need not be constrained by default state law when selecting who will receive your assets. While it’s unlikely your assets will go to a contingent beneficiary, it’s simple to address that possibility and keep your assets from going to unknown heirs.

Planning for the Sandwich GenerationEstate Planning